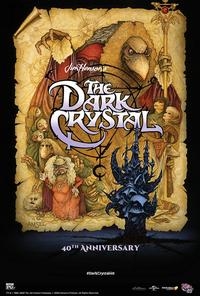 Another world, another time… in the Age of Wonder. From genius filmmaker Jim Henson comes the fantastical story of The Dark Crystal. Many years ago, the mysterious Dark Crystal was damaged and an age of chaos began, led by the evil race of grotesque birdlike lizards, the Skeksis, who rule with an iron claw. Meanwhile the Gelfling orphan Jen, raised in solitude by a race of peace-loving creatures called the Mystics, embarks on a quest to find the missing shard of the Dark Crystal and restore balance to the universe.

The event will feature a brand-new introduction with Lisa Henson, CEO and President of The Jim Henson Company, who will reflect on the making of the one-of-a-kind film and the legacy of her father, Jim.